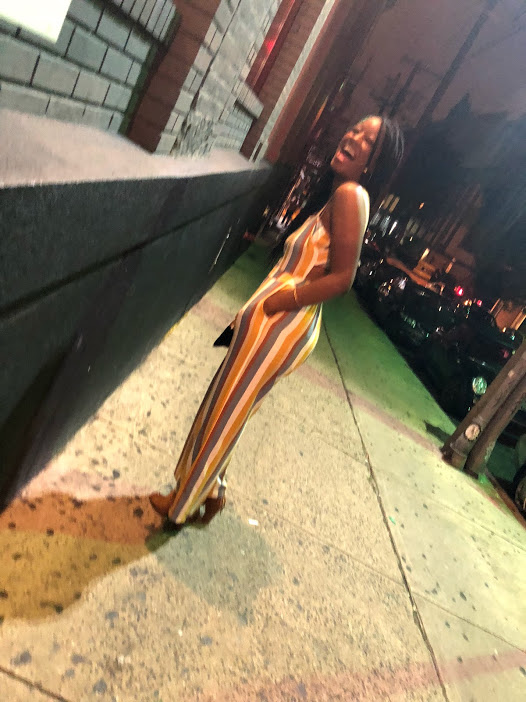 Breaking up is hard to do at any age. I remember when I broke up with my high school boyfriend who took my virginity. He was my summer crush turned virginity bandit. His lips were far too big for his face and his attractiveness was debatable; the kind that wouldn’t translate past the early 2000’s. Although he was a perfectly acceptable first real boyfriend, I was incredibly dramatic at 16 and, a few days after allowing him to break my hymen to the rhythm of Shrek 2, I called him up to let him know that sex was far too big of a responsibility. I think I’ve broken up with almost every boyfriend I’ve had since then but it’s only been truly painful twice in my life. This past November 2019, I broke up with the guy I’d been dating for almost 2 years. While I was the one that said the words, it was very clear that it was a very imminent end.

Now, 6 months post-break up, I’m finally feeling like myself again. I am not too prideful to say that I struggled hard as fuck through this break-up. I struggled with guilt, questioning if I pulled the trigger too soon, worried about being the mom that brought men in and out of my child’s life, and I think the worry that was the most prominent was worrying that I’d left before giving my relationship a fair chance therefore setting myself up for a lifetime of casual sex and forever loneliness. It took some work, some tears, and a whole lot of leaning on my support to get to a place where those worries are now compressed into small, tiny little negativity bubbles that float up here and there but I pop them and keep it pushing.

When I started thinking about bringing this blog back and trying to figure out what to write about first, dealing with this break-up that kind of consumed the last several months of my life seemed the most appropriate. With that being said, here are some things that help me move the fuck on.

Jot down (mentally or pen & paper) why I bounced

Like a lot of painful things in life, time has a way of making you forget how much agony something caused you. I can’t remember the pain of childbirth but I know that it hurt. Much like the pain of pushing 7 lbs 15 ounces worth of baby through my birth canal, the pain of dragging myself through my relationship was not tangible. Not being able to feel it had me second guessing my decision. Taking a mental inventory of the shit that was absolutely unacceptable helped me stay on track.

We won’t get into the fact that you have a finsta. A ton of people have finstas and, whether they admit it or not, they use those accounts to low key check-up on people. I’m not here to judge. I had a finsta for a long time for various reasons but, after my break up, my finsta was basically my main Instagram account. I was checking on his account, his new girlfriend’s account, and everyone in between. I was literally driving myself into sporadic crying fits. I’m talking sitting on the bathroom toilet (pants up, if you must know) full on weeping like I’d just stubbed my toe or dropped my phone in that gap between the train and the platform when you’re getting on and off. I felt hopeless every time I saw his joy. His happiness stung. It made me feel like I was undeserving of it because I was miserable and he, seemingly, wasn’t so I guess I got what I deserved. One day, after seeing some stupid bullshit on his account, I just deleted the finsta. Just like that. I promise you, my healing was accelerated that day; that moment.

Acting like I don’t give a fuck is my default reaction to most things in life and that is because a lot of the time, I really don’t give a fuck. I have an ability to compartmentalize my emotions and move on rather quickly. But, when I am invested in something, be it a job, man, or friendship, I can’t just shut it off and move on. I needed to talk it out. I needed to talk it out several times a day and thank God my friends and my sister wanted to hear about it several times a day. I still talk about how I feel about him and myself and that relationship. Holding it in and covering my true feelings up in some tough idgaf armor was like trying to swallow smoke. Eventually it was coming out of every orifice. If you don’t have friends that are willing to listen to you and hear you cry like a newborn baby waiting on a warm bottle, then get you a therapist.

Yep, you read that right. Right after my break-up, I entertained a few suitors (I’m winking at you) and I went out with my friends and, when I wasn’t with my child, I indulged in adult activities that made me feel really good in that moment. My version of wilding out and your version could be totally different. Wilding out for you could be eating McDonald’s on a Tuesday knowing you have groceries in the kitchen. But taking that break, whatever it looks like for you, will feel really fucking good.

Never stop telling yourself how worthy you are

I have a very difficult time with this. When something really bad happens, I can easily spin it around on myself and just drown in negativity. I’ve said things to myself that I wouldn’t say to my worst enemy. My friends and my sister have helped me undo that pattern when it starts and have forced me to say nice things about myself and to remember that, despite what is going on, it doesn’t define me. I am worthy of all of the wonderful things in life, regardless of a relationship that didn’t work out. Through it all, remember that you are worthy of more than the unhappiness that you feel.

Don’t seek closure (at least not in person)

Who am I to tell someone not to seek closure. Especially because I did that exact thing. During a COVID-19 night of drinking way too much wine, I let it all out and unloaded everything I felt and the things that went wrong and how hurt I was. Personally, 1 star experience that I would not recommend. There were no moments of “you’re right” or “I’m sorry” or “I lost you and that is something I will always regret” or whatever movie nonsense that I’d cooked up in my head. It was a lot of gaslighting and finger pointing and I could’ve lived without it. When it comes to seeking closure in person, it’s the recipe for a relationship turn FWB.

I knew I was really in my final stage of healing when my confidence made a comeback and I felt indifferent about him being with the girl that was lurking around during our relationship. I knew I was in the final stage of healing when I didn’t have ill feelings towards him. I lost during this break-up. I lost a business that I poured myself into. I lost someone that I really, truly loved at the time. I lost a friend. But, now on the other end of it, I have gained myself back and that is worth all of that other shit times a million.