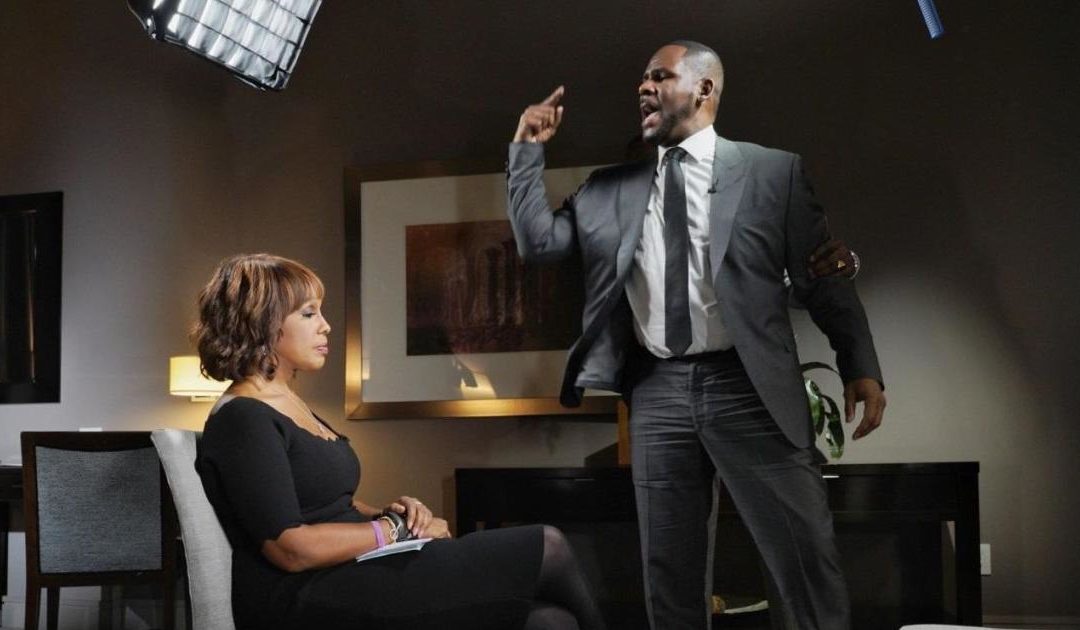 I am pretty much at the end of my rope when it comes to the continuing R Kelly case. I am tired of hearing his name. I am tired of the memes (nah, I’m not), and most of all I am tired of people low key supporting this rapist and child sexual abuser. Back in the 90’s and early 2000’s, I have a clear memory of people passing around a video of Kelly not only having sex with an underage girl, but also peeing on her. I remember this because I was entirely too young to know what to do with that information. I also remember one of my best friends gifting me the chocolate factory CD when I was in 8th grade and my dad confiscating it immediately (meanwhile playing it in his car or bedroom). I say all that to say, I can’t understand why it’s so difficult for anyone to believe the allegations that are being made against this man. This is known information since Aaliyah was alive.

Over the last several months, the charges against R Kelly as well as the evidence seems to be growing by the day. Every other week there is a new headline about a video being exposed or a victim coming forward. The evidence is irrefutable. This grown man was on film having sexual intercourse with an underage girl. There truly is no room for argument but somehow there are still these conversations surrounding his potential innocence and the conspiracy of the government wanting to wipe out all of the iconic black men of our culture.

Most people are not going to outright say that they don’t believe any of the allegations against Kelly. Instead they present it by saying the following:

“What about (famous white man) that (something that was not proven or some half ass facts)? Is he going to be locked up too?”

“I just think it’s funny that all of a sudden all of these black men are being accused out of nowhere.”

“If he really did it, why did these women wait so long to say anything?”

I am not saying that black men and white men are prosecuted fairly or the same in this country. I am not saying that rape cases are not hard to prosecute. I also am not saying that, as of the last year or so, there hasn’t been a windfall of accusations and prosecutions of well known men. But, here’s what I am saying. When these comparisons are brought up only when an allegation is presented, they serve as a way to discredit the victims. It honestly reminds me of the Black Lives Matter vs the All Lives Matter argument. We aren’t talking about conspiracy theories and why women wait so long to report. We are talking about hard, clear, black and white evidence with no grey area. Bringing up the other stuff, especially when your facts are clear, is harmful.

But, lets answer these questions:

When it comes to a rape case, much like other assault cases, there has to be a complaining victim. If there is not a woman, or other victim, willing to come forward to build a case then it makes it truly difficult to prosecute; at least from my understanding. In regards to white males that aren’t prosecuted, this can be a part of the problem. Also, most of the time, we aren’t following these cases close enough to even know what is happening with them after the initial media break. From what I can see, Harvey Weinstein has lost his empire, his money, and is still being prosecuted. This is something we stopped paying attention to already.

Women are gaining the strength to come forward in a new way. We are not scared and our silence doesn’t have a price tag available. So it may seem like it’s all of a sudden but it’s been years of work in the female community to create an environment where we felt like we could speak up. Also, we receive media and news a lot faster than we did 20 years ago. Famous men, black and white, were still out here acting wild. We only were aware of the stories that made it to the newspapers.

If you’ve ever been assaulted, you know that it’s not easy to just come forward. The shame and blame associated with sexual assault is heavy. When you combine the sound of the little voice in your head telling you that it was your fault, victims also fear not being believed. All of that combined stops many victims from coming forward for years if at all.

I am not saying that there is a disparity when it comes to the way white men and black men are prosecuted in this country. I also am not pretending like there are false allegations in this country. However, there are plenty more actual rapes vs false rapes and no matter who did it, they should be prosecuted to the full extent of the law. Comparing one rapist to the other minimizes the responsibility of either of them. I recently read the book Not That Bad by Roxane Gay and it’s a collection of essays about rape culture that should be required reading. Go pick it up especially if this post still makes no sense.