A few weeks ago, a friend asked me if I wanted to go to the Women’s March with her in NYC. While I truly respect and admire this friend as she is one of the very few people that I know personally that I can refer to as an activist in social justice, I would be lying if I said that I wasn’t reluctant to go. Aside from the fact that protests, peaceful or otherwise, can be dangerous; I wasn’t sure about the kind of march I’d be getting myself into.

To be truthful, I did not want to march with hoards of white feminists that I thought I wouldn’t be able to relate to. While yes, our struggles in relation to gender are similar, our race makes us feel worlds apart. How could I rock a pink pussy hat, sign swaying over my head, in a crowd full of women that would clutch their purse if my brother passed them on the street in their neighborhoods. It was conflicting for me but, I decided to go.

The night before, we prepared by making our signs and stuffing our small bags full of granola and tiny snacks to sustain our 5 hour walk. The day of the march, I was nervous but excited. I had my reservations but really, I didn’t know what to expect. Walking the city streets, me the black chick with 3 women’s rights crusaders that happened to be white, I couldn’t help but feel like I stuck out. My anxiety about the entire situation went into overdrive. While walking down the street, trying to find the beginning of the march, a young black couple stopped us and asked if it would be ok if they took a picture of us. Smiling fiercely with our huge signs and anger towards the man, I started to feel like I did belong there.

When we finally reached the beginning of the march and finagled our way in line, the atmosphere was incredible. Any reservations, anxieties, or doubts I had subsided. There were women from every walk of life, every race, every economic background, every age. Not all of them looked like me. Not all of them have experienced the adversities that I am met with on a daily basis as a black woman. However, the women that came out and marched along side of me and like my pussy posse, they too gave up their Saturday like I did. They took off of work, stayed up all night preparing, left the kids home, made a sacrifice even if it were minuscule all to come out there and show that women, all women, deserve better than this. I have never felt more impassioned in a group like that ever in my life. 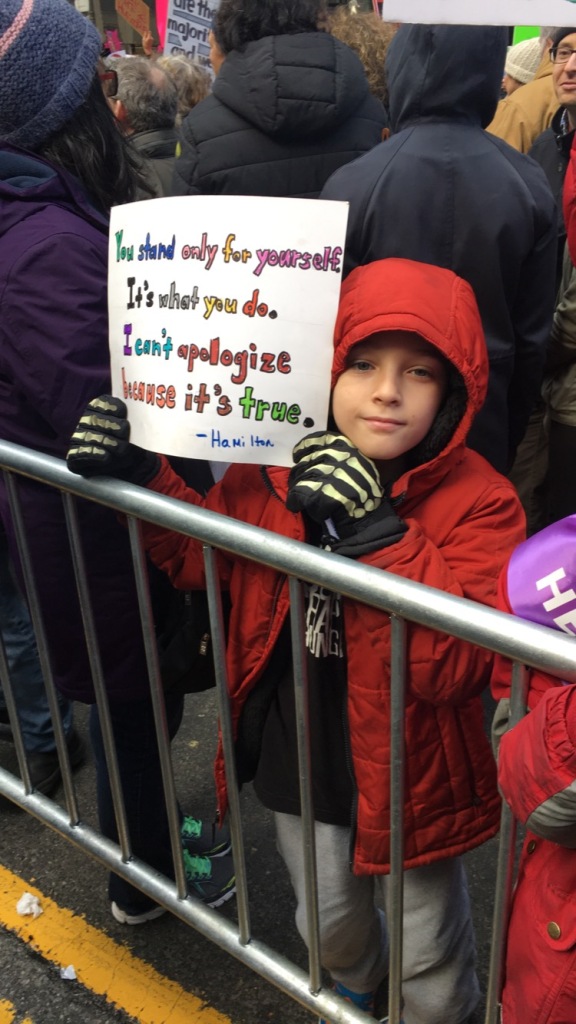 On my social media, I saw a lot of backlash from folks that didn’t even go to the march. They criticized it by attempting to parallel it to the seemingly minimal response to murders of black women at the hands of law enforcement saying that millions didn’t show up to march for those women. Others claimed that the march was pointless. Here’s the problem with that sort of criticism; if you didn’t show up to the march, your opinion is useless to the conversation. Also, if you didn’t organize, speak up, or sacrifice your time, at the least, to march for women of color like Sandra Bland then again, your opinion on this march is useless. Don’t cloud this positive outcry for justice with what could have been done better. I was at the march and I saw women marching for reproductive rights, immigration rights, black lives, sexual assaults, and so much more. I saw the gap between Americans that Trump has attempted to pry open begin to bridge. 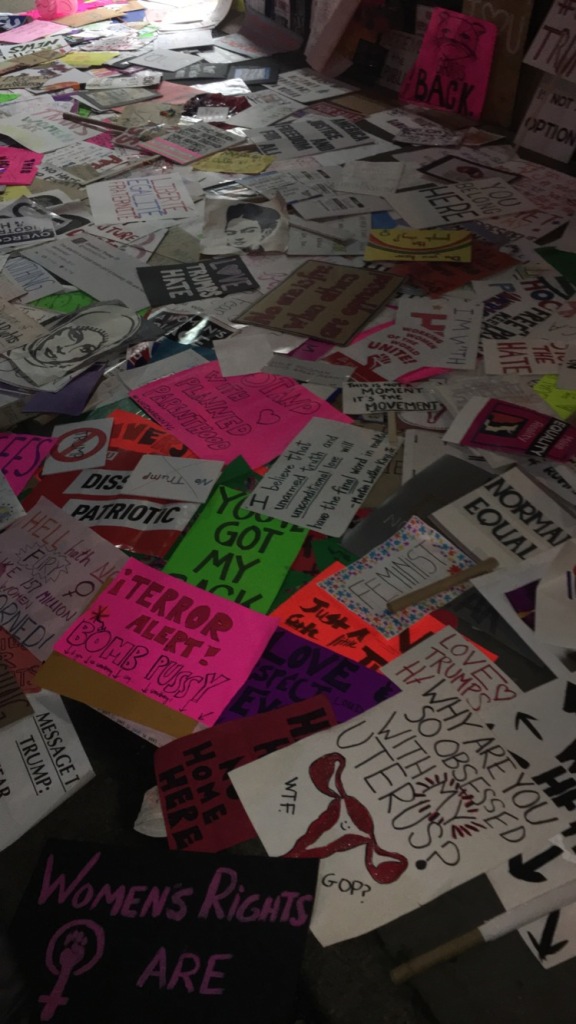 I am incredibly humbled by my experience at the Women’s March in NY. It recharged me. It reminded me that the work here has just begun. As a black feminist, we have so much more work to do and dammit, I am ready to do it.