Days after the Eric Garner decision was announced, protests, marches, and social media outrage ensued. One of the outcomes of the decision that I found to be the most insightful, and infuriating was the hashtag #alivewhileblack on Twitter.

Black people, in 140 characters or less, shared their run ins with the cops that became unjustly confrontational with use of excessive action or no action at all.

While reading the hashtag, I started to think about my own experiences of being #alivewhileblack and I wanted to share the full story here because silence will only ensure that this keeps happening:

I live in a midsize city/suburb of Northern New Jersey. My apartment is within a couple of blocks of the police station, fire station, hospital, and everything one could need in a city. My area also has a larger population of black, young people. It is not unsafe, there is not gang activity, there are no midnight gunshots, or anything of that nature. I am near a high school so there are usually young black kids hanging around outside, by the corner stores, doing what kids do. Again, there is nothing threatening going on.

One night, around 10 pm, I got a banging knock on the door. My home was completely quiet aside from the sound of reality shows coming from my living room television. My son, who was a little baby, was sleeping as well as his dad in the bedroom for about an hour by then. I never open the door when I am home alone or with my son’s dad unless I know the person. So, I rushed to get him up to get the door since the banging was not reassuring of safety. I hear them yell “It’s the Police” through the door.

My son’s dad, who is a good 6’3″ 190lbs, opened the door shirtless with sweats on because, again, he was sleeping. As soon as he opened the door, the police came in, about 4 of them, saying something about a domestic violence call. I kept saying I was unsure of what they were talking about. I was fine. Clearly unharmed. Please leave. They pulled him outside, entered my home after I repeatedly told them it must be the wrong address. I did not look like I had been crying, hurt, and I, by then, was holding my sleeping baby. They kept him outside for 15 mins, questioning him about something I had told them was incorrect.

What was more confusing was that they didn’t seem like the were very concerned with my well being. Instead, their eyes were looking around my apartment, rather than checking me out for bruises or marks that I could be lying about. Now, some would say the police were just doing their job, making sure I was not harmed. I believe completely that my son’s dad is a young black man that they noticed and wanted to check out. They didn’t give me their card in case I was lying about being hurt, they didn’t ask me if I heard any yelling, and they didn’t even glance at Miles to see if it were him screaming perhaps. What they did do, however, was make their presence known. They made it clear that they could roll up in my home whenever they felt it necessary. What they did do was make sure I felt totally unsafe. Unprotected.

A few weeks after that, there was a car fire literally 2 feet outside of my bedroom window. The fumes, that could have silently killed my infant, were rapidly entering my window and other windows. 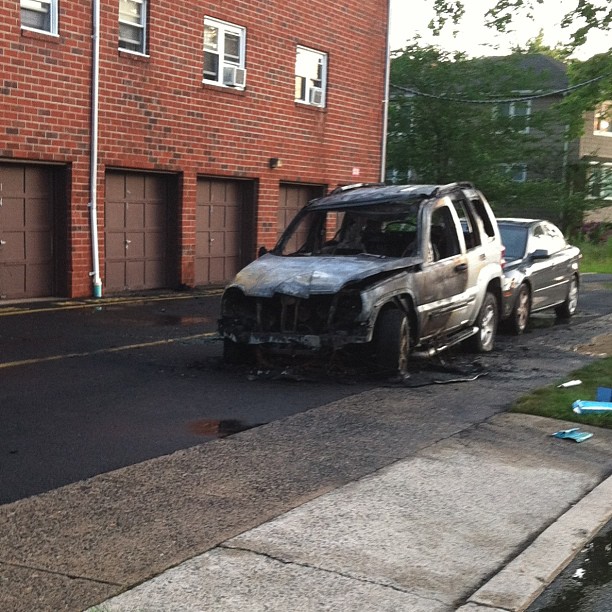 The fire department came promptly to put out the fire but did not even knock on a single door to evacuate a single person to allow the fumes to dissipate their homes once the fire was out. I have a hard time believing that they cared about my well being that night.

Keep the conversation going. What is your #alivewhileblack story?