The term “good hair” is commonly used when referring to straight hair or hair with a finer and silkier texture. It is rare that the masses refer to afro hair or natural hair as good hair. For example, one of my coworkers and I were discussing different races. He is Pakistani. At some point in our conversation, he said that every race has their physical pros and cons. He said “Black women don’t have good hair but the have shapely butts”. His hair is very straight and silky. I imagine that if he were a woman, he would never be able to curl it without burning it off. When he said black women do not have good hair, he essentially said that black women have hair that is the farthest from the European texture. While the latter statement is quite accurate, what qualifies the European type of hair to be good and black women to have bad hair? How is it that so many other races and many in the black race think that black women somehow got the short end of the stick?

Well, my sister recently sent me an article from NaturallyCurly.com that walks through the history of black hair. In this article titled A Look Back at the Black Hair Story, Michelle discusses the impact slavery has had on the worlds outlook on black women’s hair. She explains that lighter skinned slaves with straighter hair auctioned off at a higher price therefore setting a high standard for the rest of the slaves. That standard was the lighter I am, the straighter my hair is, the more European I will look and that makes my value higher. African slaves were already considered barbarian savages that were far removed from the human race. Kinky hair was just one more example of how. By the end of slavery in 1865, women who wore their kinky tresses in a European style were more respected, treated better, and considered more attractive. Straighter hair was supported by blacks because it was closer to being accepted in a world that was not their own and it was supported by whites because it aided in them stripping blacks of the African roots. During such a fragile time, many  blacks wanted to fit in where they could. If fitting in meant having straight hair than straight hair was what they would have. By the time permanent chemical hair straightening rolled around in the 1950’s, black women lost their sense of pride in their hair and it became something to be ashamed of. Fast forward to present day and natural hair is on a rise but still highly criticized and misunderstood. Does it mean that a black woman with natural hair is more in touch with her roots than a black woman with a relaxer? Does it mean that black women with relaxers are brainwashed? Or is it the rest of the world that is brainwashed? I couldn’t possibly answer those questions. But, I can say that it is important. No women, black, white or in between, wants to be considered unattractive in her natural state. My hair is not good for a black girl. I’m not pretty for a black girl. My hair is beautiful hair because it is mine and I grew it. More importantly, my hair is beautiful hair because it is completely unlike any other hair type and just so happens to be the furthest thing from a European texture.

So what do we talk about when we talk about good hair. Good hair directly correlates to European hair, which is not always straight but is silky and typically finer in texture. Therefore, my coworker was right I suppose. Black women do not have good hair. We have our hair and it is beautiful. 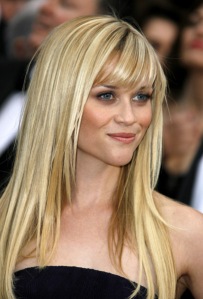